This was a fast-tracked project that 40NORTH participated in during September 2013. The task was to re-interpret an existing plan for the new palace grounds for a VVIP official in the State of Qatar. The architecture had been in the works for years, but the gardens and layout of key elements in the master plan were awry. Security, access, and privacy were key design elements considered when setting a new course of action for the overall composition of the plan, as well as the detail within the smaller private spaces.

We employed the skills of Gavin Woodworth at Studio 7G to model the site from the sparse architectural plans, and to create the photo-realistic image used to sell the primary design direction of the project to the Client. Presentations were made, handshakes exchanged, and good intentions were offered. This project may require full design services from 40NORTH in 2013. 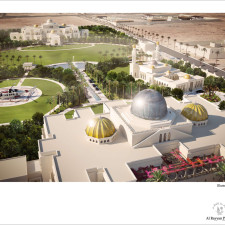 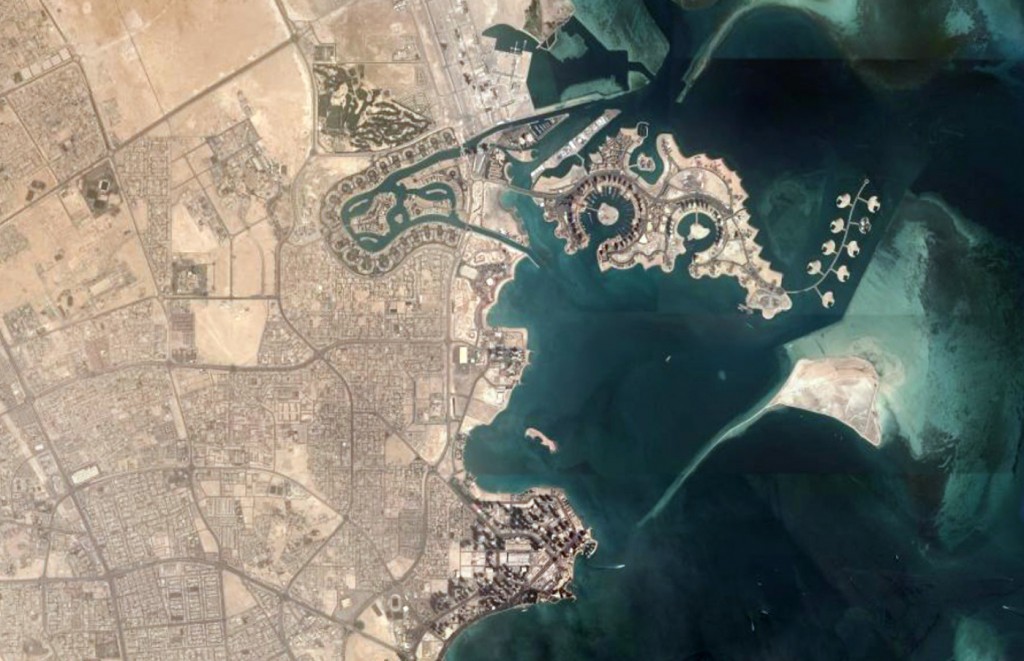 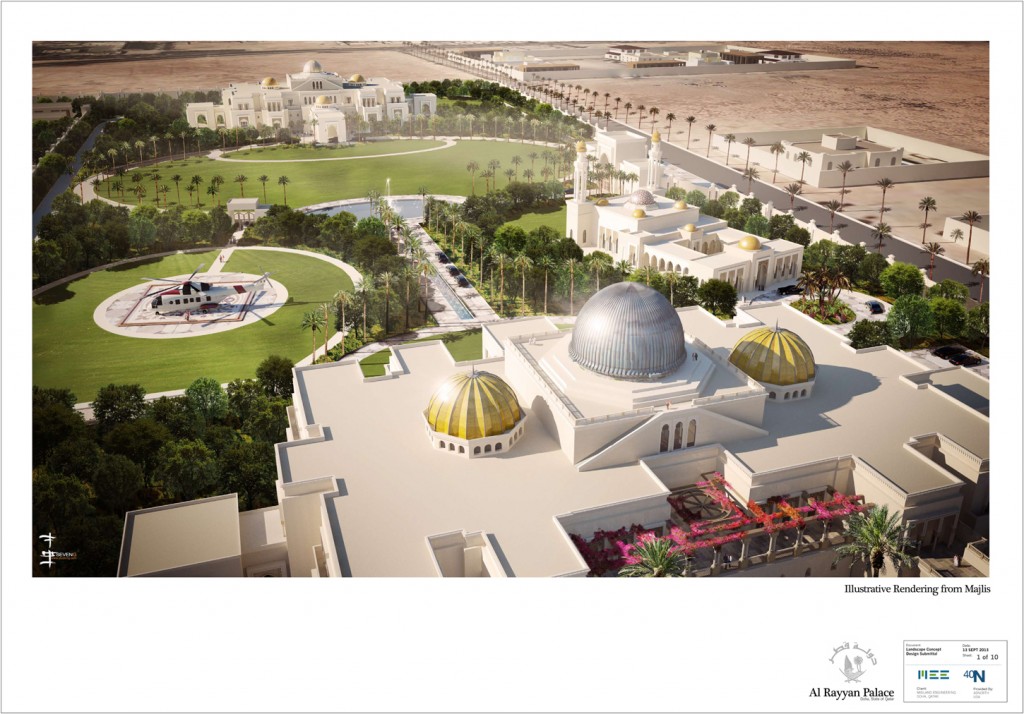 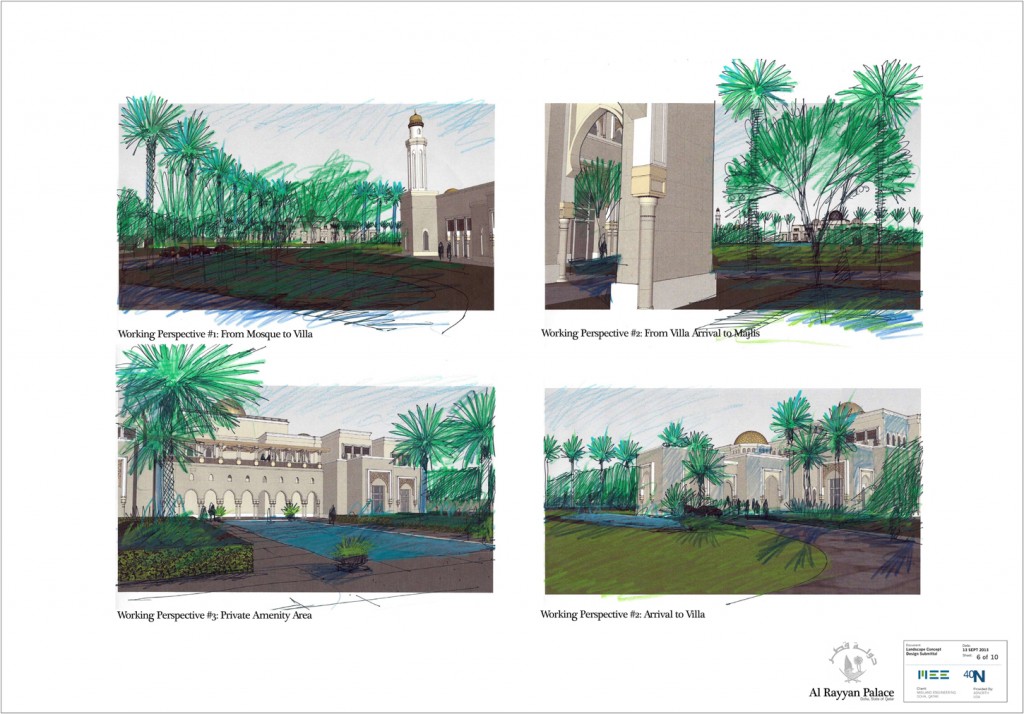 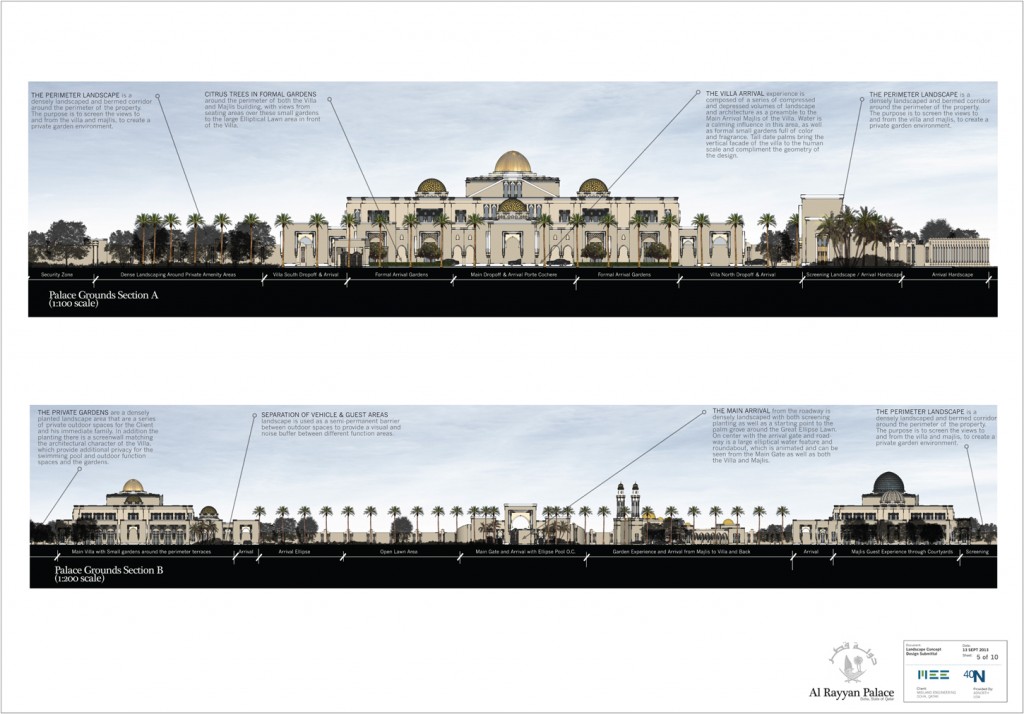 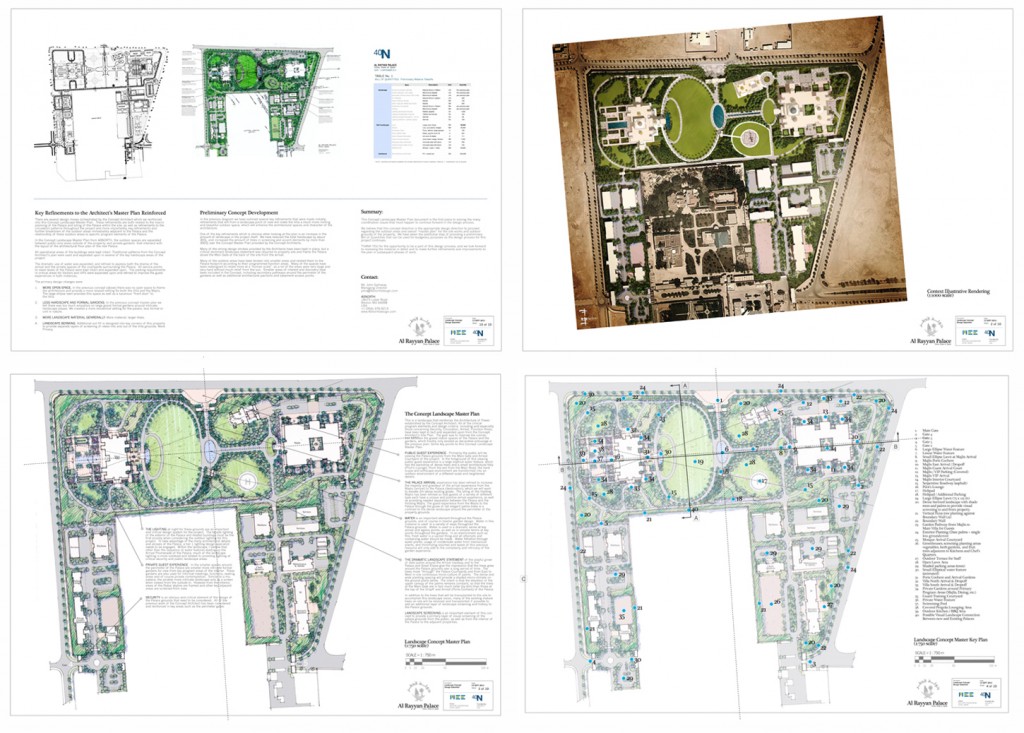