This is a space for us to share some stories about some of the talented people we’ve met, and the rich experiences we’ve had with them. A record of many early mornings and late nights with architects, designers, craftsmen, farmers, engineers, laborers, investors, hotel and resort staff and management, developers, colleagues, friends, and other people who need not be mentioned here. Decades of notebooks are filled with direct quotes and design direction from our peers (and clients). Photos clog our hard drives. This is part of our design process.

This ‘project’ has been off-and-on for almost 20 years. Before Google, Twitter, the internet, and 40NORTH. Before email. Telling these stories in this manner is an extension of that process. In 2006 at 40NORTH we started to further document these people with Polaroids and questions like, “What does hospitality mean to you?“, “Define luxury.” and questions about where they were from, what their father and grandfather did, etc. We called it PEOPLE WE KNOW, and it was mostly bullshit. Before that it was simply writing down the direct quotes from people who were speaking in design meetings and consultant dinners, or written / drawn on blurry cocktail napkins later that evening. These off-hand remarks are as important as the detail sketches, redlines, and project notes, and getting to know the consultants you’re going to go to battle with (and against) are important key components of design collaboration. These experiences often happen off-campus or while exploring the local nightlife.

We’ll post more stories and refine these as time permits. Ambitious long-term projects like this that start-and-stop are important because when you have a few minutes to pick them up again you can see A) what you would have done differently and better, and B) how much you’ve changed. As humans become more integrated with technology it becomes very apparent that real people having conversations in person, speaking and drawing together, matter more than ever. We can’t do everything over the fucking internet. 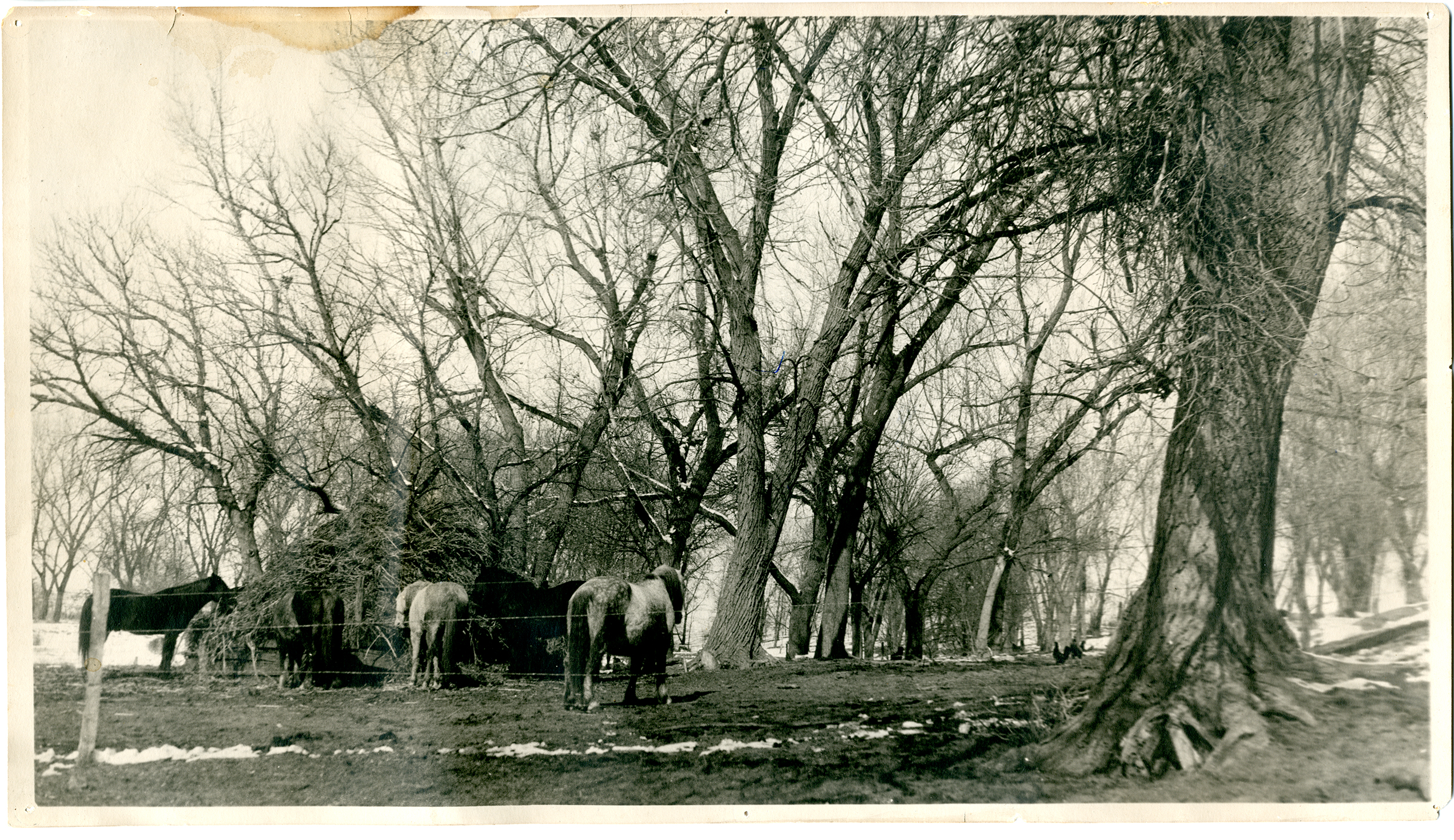 This was the best horse that my Great-Great-Grandfather George Thomas Galloway ever had. MONDAIN (pronounce mon-don) was a Percheron stallion that was on my family farm more than 100 years ago. The horse was purchased by my pioneering great great grandfather sometime between 1886 and 1891, at which time he started to advertise the horse as ‘for hire’ for breeding in western Kansas. “Old Dain” was an important part of daily life for George, Lew and their families for more than 20 years.  The significance and importance of the animal to these men is evident by reading the diary entries of Lew H. Galloway, especially the entries from March 1912.

END_OF_DOCUMENT_TOKEN_TO_BE_REPLACED 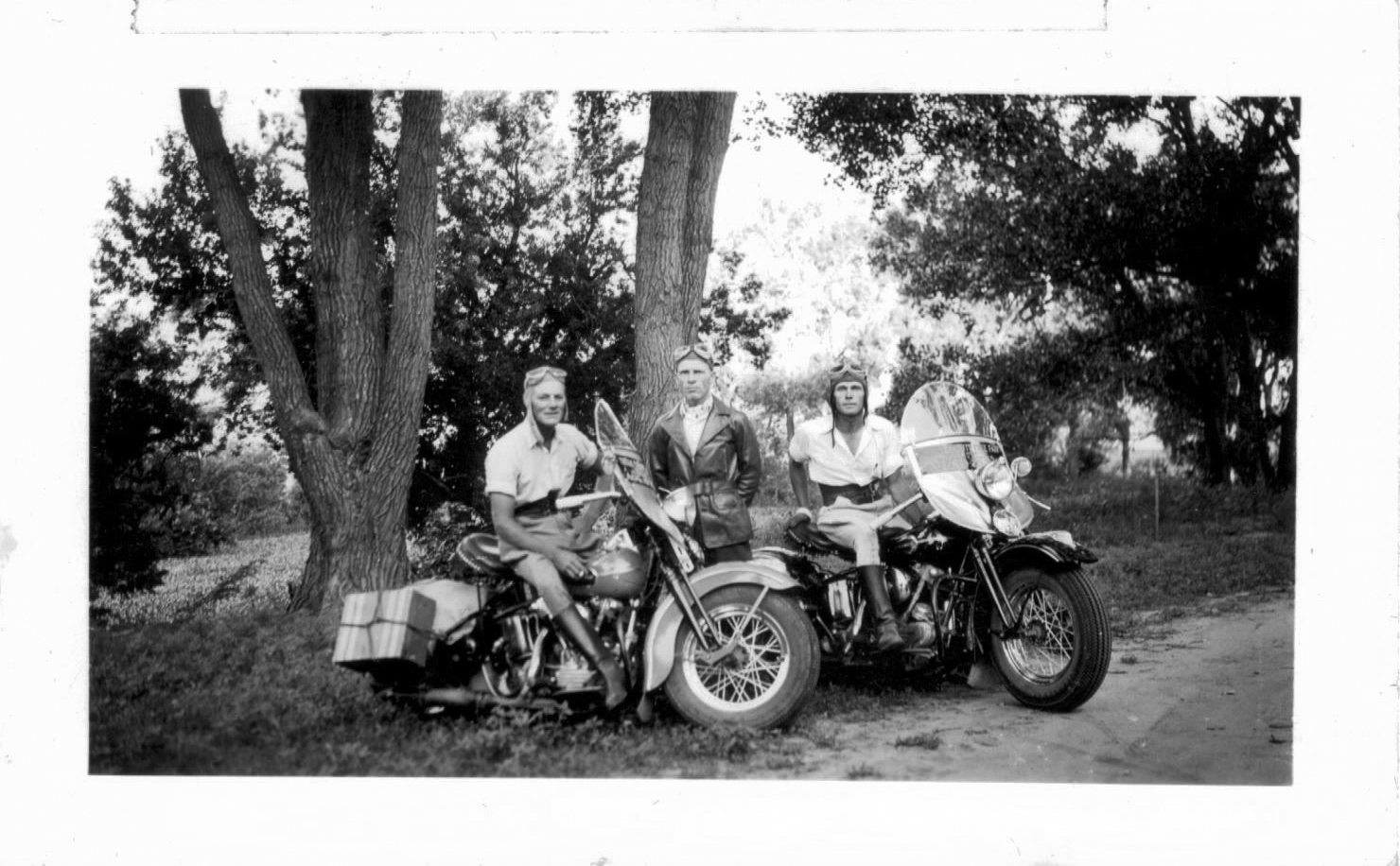 This is my Great Granduncle George (center). For 3 weeks in the summer of 1941, he and two other men rode 2 motorcycles from WaKeeney, Kansas to Yellowstone National Park WY and back in 2 weeks. They drove almost 2000 miles on Harley Davidson motorcycles, mostly on sand or dirt roads. George was a photographer (amongst other things) and chronicled the journey in images, notes penciled notes on the back of each print, and stories told for years afterward.

END_OF_DOCUMENT_TOKEN_TO_BE_REPLACED 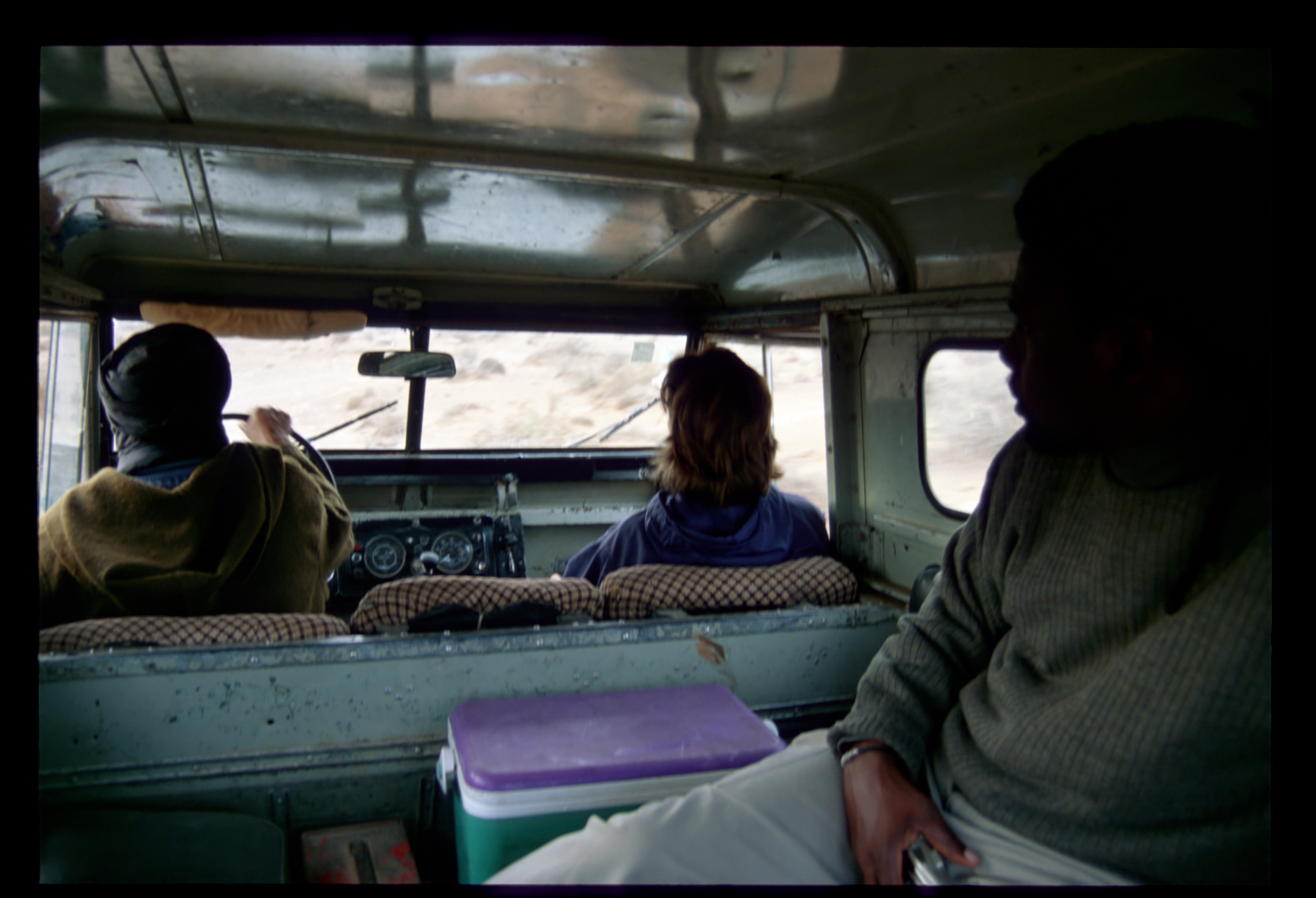 The day Kona and I rode in the back of a Series II Land Rover for 8 hours through rough desert terrain. 30 miles to the beach from our camp, 4 hours each way in low gear. The driver only knew two words of English (Johnny Cash) and when he said them he was beaming. He was listening to America on an old cassette player on the front seat playing Johnny’s greatest hits over and over, all day long. What I remember most is the suffocating smell of diesel fuel, those trumpets from Ring of Fire, and Kona laughing each time that Landy would bottom out. Every time I hear that song I’m immediately reminded about that day and the cold gusty wide open landscape of cactus and gravel. END_OF_DOCUMENT_TOKEN_TO_BE_REPLACED